from the estate collection nautical antiques sailor made I repeat… working with the antique estate collections has been overwhelming. NONETHELESS, I have really enjoyed it, and I have learned so much. There is something magical about whaling stories and sailors at sea; but whalers lived a very hard life. Until I started researching, I had no idea that when these men went to sea, they were not gone for months at a time, but for three to five years at a stretch; and there was a

if cats could talk...

"if cats could talk, they wouldn't." ~ nan porter here's lookin' at you, kid Mike and Kevin wanted to do something different with this little, black and white image of Pat’s black cats. color, color, color became the name of the game. The fact that the image has so much white space around it gave me the option of cutting a decorative mat. Note that the decorative cut does not interfere with nor does it take away from the artist’s work. Actually, the tree made of cats is the f

from the estate collection lighting - part 3 a flame that lit the world With the discovery of petroleum came a product that would literally have a global effect on lighting - kerosene. It was affordable, burned brighter than whale oil, was much easier to acquire, and did not turn rancid. A culmination all of these as well as other factors and the onset of the Civil War led to the decline and end of the whaling industry. These photos show examples of kerosene lamps from the es

cats and poker a little cheating going on? Mike and Kevin just sent this photo of “Our Night Out” by Pat Moss, which hangs above the computer in their office. I framed this for them a few years ago. It was such a fun piece, and they told me to just do something that I could have fun with. So I took them at their word and went to work. It may be a little difficult to tell from the photo, but there are several I love that Mike and Kevin are never afraid of color and have a bit

from the estate collection lighting - part 2 not so fast One of the stories I read concerning peg lamps is that until the use of whale oil, candles were the main light source. A home had numerous candles and holders to light various rooms and areas. Women were not eager to part with their candleholders, and were reluctant to replace their candles with whale oil lamps. So the peg lamp was created. The peg fit snuggly into the candle-holder allowing the candleholder to continue

from the estate collection lighting - part 1 1850-1870 When I open a box of antique goodies from the estate, and begin to rummage through it, and find something that piques my interest at that particular moment in time, the research begins. One of my favorite finds in the antique collection is the whale oil lamp. All of them are glass vessels, and the glass is in perfect condition; a few of the lamps have marble bases; one in particular has etched glass. brief history Of cour

USO, Korea and Stan the Man

email newsletter response the USO, Korea, and Stan the Man He was only 7 years old, when David won a USO contest, while his father was stationed in Korea. His prize? Not only did he have lunch with Stan Musial, but David also received a signed baseball and a Cardinal’s cap. Stan, the man, even signed David’s bat and glove. These items are featured in a Memory Shadowbox that I recently created for Barbara and David. We also included a Stan Musial baseball card in the shadowbox

from the estate collection a fashion statement Walking sticks and canes were very popular during the Victorian period not only for men and women, but also for children. They were a fashion accessory, and people often had several canes or walking sticks to accent their attire. Walking sticks and canes were a status symbol and represented wealth. This was true even for children. These fanciful accessories were not used to help a child with a disability to walk as much as they w

from the estate collection curio cabinet for sale This curved-glass curio cabinet is a unique piece of estate furniture, believed to be from the 1920s. This unit has the original 3 wooden shelves and the original casters, although they are not attached in this photo. The glass is the original curved glass as seen by its waviness. I have been authorized by the estate to place this item for sale at $240.00, which is a 40% discount off the fair-market-value of $400. - $500. Plea

hummingbird/butterfly day my, oh my... Just heard on the radio that today is Hummingbird/ Butterfly Day - two of my favorite things. I think my hummers have already headed south; haven’t seen any this past week. But I still have butterflies flitting around the gardens. Celebrate the beauty of nature. And Happy Hummingbird/ Butterfly Day! The Art Loft Gallery, LTD., a locally owned and operated business in Collinsville, Illinois, has been open since 1984. In addition to offeri
1
2
3 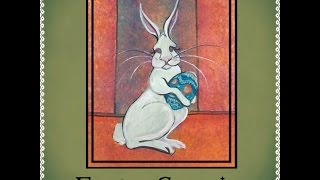 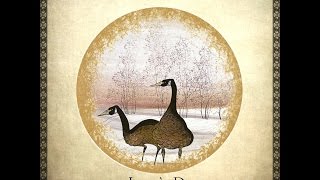 The Art Loft Gallery, LTD., a locally owned and operated business in Collinsville, Illinois, has been open since 1984. In addition to offering custom picture framing services, The Art Loft Gallery, LTD. is an authorized dealer for renowned artist, Patricia Buckley Moss, and also has a wide variety of antiques and giftware for sale. Come in for a unique shopping experience and enjoy a cup of Starbucks and a cookie while you shop.  Contact Us